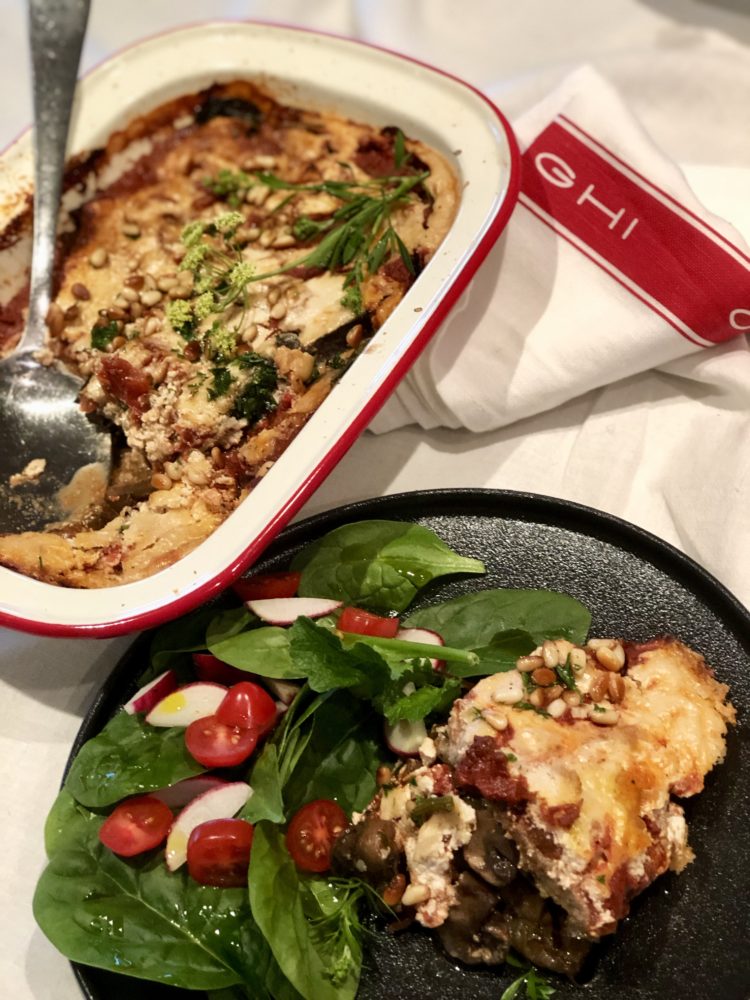 This is delicious winter comfort food that can be served as a side dish, or the main event.  It is also exciting because this vegan and gluten free bake is comfort food at its wintery best.

I was was inspired in this dish by the Lamb Siniyah recipe in the beautiful Ottolenghi book Simple, a recipe described as the middle eastern equivalent of Shepherds Pie. I absolutely loved this recipe and the tahini sauce baked on top was a revelation to me.  I have since talked it up and spent a lot of time in the middle of the night creating recipes to use it.

This is the first of my experiments and one that I have enjoyed three times already and now a forth in the writing and photographing of it for this post.

I have made it in my favourite smallish 5 cup capacity enamel baking pan and find it is the perfect size for four people as a side vegetable dish or two as main meal with side salad.  This is another of those recipes that can easily be doubled or more to feed a crowd.  It is also great, and possibly even better (as are most similar baked dishes) the next day.  This also makes me very happy when Ed is away and I am cooking for one as it is delicious as leftovers and makes a tasty easy start to the next days meal.

Today I had a friend coming to visit and I wanted to make this for her.  I didn’t have a small and deep enough disposable tray to make it in, so it was reinvented again.  This time using the same ingredients in a different way – laying the spinach in the bottom of the tray, rolling the mushrooms in the eggplant canneloni style, and then pouring over the tomato sauce followed by the tahini sauce poured on top.

Enough to feed four people as a side dish and two as a main – easily doubled or more.

Lightly salt and oil the eggplant.

Cook eggplant in batches and put to the side

While the eggplant is cooking chop the mushrooms into 1/4 chunks ready to cook after the eggplant.

Make the tomato sauce pouring tomatoes into a bowl and adding the salt pepper and spices.

Make the tahini sauce by mixing all the ingredients together in a small bowl or jug. 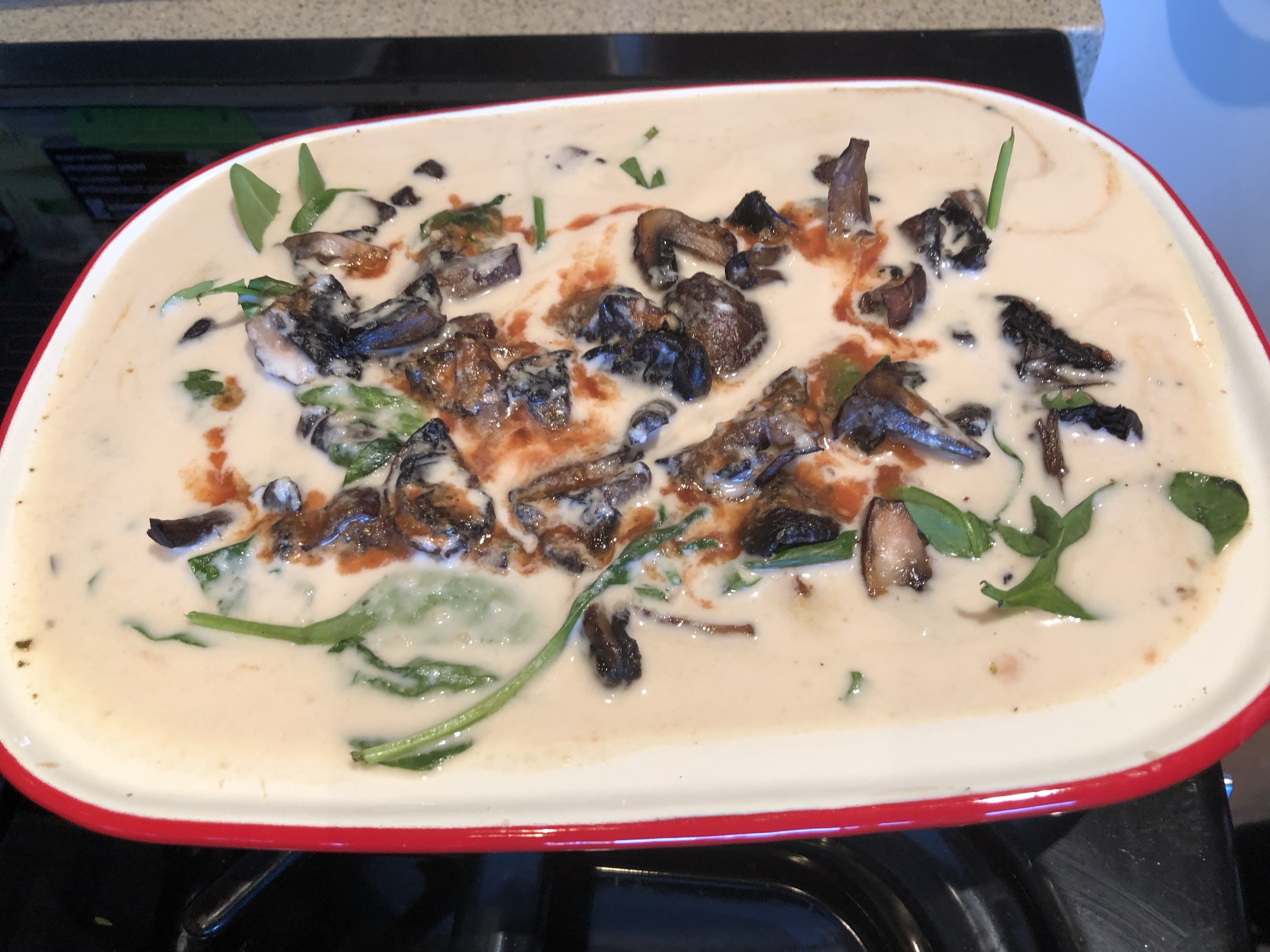 Bake for approximately half an hour until golden and bubbling.

You can eat this straight away or cool and reheat later.